What began as anthropological fieldwork for Sue Parman's doctoral dissertation in 1970-71 turned into a life-long relationship with a community in the Gaelic-speaking Scottish Outer Hebrides.
Robert J. Theodoratus, "British Isles," Encyclopaedia of Cultural Anthropology 1:155, 1996: "The first social anthropological books on Scottish communities were by Americans and appeared in the 1980s. The best known is Susan Parman's (1990) general description of a crofting community on the island of Lewis."

I studied playwrighting at South Coast Repertory's Professional Conservatory in California. In California my plays were performed at Stages Theatre, the Nicholas Theatre, Newport Theatre Arts Center, and the Forum Theatre in Laguna Beach. After moving to Oregon, my plays have been performed as part of Portland's Fertile Ground, Portland Theatre Works, and Theatre in the Hood.

"Sue Parman has the great gift of being able to set the scene.  She evokes place and time in the way of J.M. Synge.  She balances manners with mores, realism with poetry, and pulls you into the world of the story."  (Cecilia Fannon)

HOUSE OF RAVENS (full-length play): In the Gaelic-speaking Scottish Hebrides, two brothers and their retarded sister (who communicates primarily with raven calls) celebrate the New Year by inviting into their home their new neighbors, an Englishman and his daughter, an act that threatens the harmony of their household as well as their lives. Note: The language we speak is the house we live in.  Subjugation of one language by another, even defining it as inhuman (as the English neighbors do with Gaelic, and as almost everyone does with the retarded raven-girl) justifies every kind of abuse, from ridicule and rape to murder.

NORTH OF SIXTY-THREE DEGREES (full-length play): When a mysterious stranger called Speaker appears in a small Scottish village with the power to force people to speak the truth, long-held secrets unravel.  Speaker arrives looking for "Morag of the North," a woman who left her home thirty years ago to marry Iain MacLeod, and is still considered an outsider, a silkie, and a witch.  Now estranged from her husband, who has fallen under the spell of the evangelical Rev. MacFarland, Morag struggles to protect herself and her children (Kenny, who wants to leave the village to attend University, and Mairi who is afraid to leave the house) from village gossip.  She finds ambiguous allies in the minister's drunken son-in-law Calum Murray and his cowed wife Jean.  So strong is Morag's courageous will that Speaker himself is forced to change his view of the universe and his mission.

"I love the garishness of this play, I love the massive big mix of all these bright and mad things (incest, strict religion, a longing to escape, the supernatural, drunks, shagging, gossipy suspicion, poetic/profane dialogue, Sci-Fi, time travel, standing stones shenanigans and an occasional biblical flourish to the dialogue). It's held together with a lovely handling of dialogue and strong scenes."  (Playwrights Studio of Scotland)

"North of 63 Degrees" is the best play I've read in a year--and I read a lot of plays.  Intriguing from the start, involving, eventually powerful and emotional,,an amazing blend of myth and realism..(Arthur Kraft)

Eggs a la Goldenrod
Essay in "Hunger and Thirst: Food Literature," edited by Nancy Cary.
Food as memory. "Simplification and denial of food was...my mother's own version of courage... Eggs-a-la-Goldenrod were much more than a social hypocrisy. They were a refined person's article of faith that civilization was better than barbarism, that courteous discretion trumped rage."
A Song for J.R.R. Tolkien
Nine years before Tolkien's death, an 18-year-old college student writes to him and offers to sing him the poetry from his books that she has set to music. The letters he sends haunt her for the next 40 years. Published in The Antioch Review (Winter 2015), this memoir piece is a meditation on journeys and longing.
Hebridean Love Song with Lobster

The Thin Monster House
A chapbook that explores monsters of self and society, some beautiful, all dangerous.
The Carnivorous Gaze
A collection of poetry and art that reflects "a rapacious affection for life" (David Biespiel)

"Lucky is the community that has someone with the skill and sensitivity of a Sue Parman to record its passing voices."

Reading this book is akin to reading some old anthology paperbacks back in the late 1970's. You remember the ones. Those were the types that had those amazing creepy covers and once you started reading them, the cover is all forgotten about because of the treasures within. Bugs by Sue Parman could be seen as a rewriting of one of those '50's Sci-Fi movies but given a '90's dark and grim tone. Who are the real monsters in this one? Humans or bugs? (Review by tenebraerick)

Born in Connecticut, raised in Iowa (until 8) and New Mexico (until 16), went to Antioch College in Ohio, then Rice University in Texas, earned B.A. in Psychology and Ph.D. in Anthropology, lived in the village of Shawbost on the Island of Lewis in the Scottish Outer Hebrides for a year and a half and returns there frequently (or the island comes to her).

Author of six academic books, two books of poetry, a number of full-length, one-act, and ten-minute plays performed in both California and Oregon, as well as numerous essays and short stories.

Married to the anthropologist Jacob Pandian, one daughter (the writer Gigi Pandian).

Has written about Europe, Scotland, Gaelic-speaking crofters, sleep and dreams, evolution of the brain, the biology and culture of salt, how a gorilla would interpret Beowulf, talking dogs, death rituals in Sulawesi, the titles of travel books, invisible rivers.

Have brain, will play.

The Dream in Western Culture

The Dream in Western Culture by Susan Parman is an anthropological and historical investigation of conceptions of the dream (its meanings, connections with other ideas, and uses) in Western culture from Greco-Roman times to the present. Originally published under the title Dream and Culture: An Anthropological Analysis of the Western Intellectual Tradition, this second edition includes two additional chapters that provide biographical information about the author's introduction to dream studies in the sleep lab of Allan Hobson and Fred Snyder at the National Institutes of Health during the 1960s, and how, during her career as an anthropologist and writer, she applied this experience to an understanding of play, creativity, and poetry.

The Dream in Western Culture, the second edition of Susan Parman's Dream and Culture:  An Anthropological Study of the Western Intellectual Tradition (1991) is a tour de force, combining neurophysiological data with a detailed, jargon-free analysis, drawn from the humanities and the social sciences.  Using dreams as her motif, she follows Western cultural evolution from the Homeric age to "Freud and beyond."

Parman is one of those rare Renaissance women who is able to artfully combine science, history, literature, philosophy, psychology, anthropology, and more, often with a playful wit.  As an anthropologist, Parman challenges all scholars to be aware of their own cultural assumptions, especially unconscious ones, in their theoretical  arguments.

--Patricia R. Heck, The University of the South

Parman contends that in order to understand dreams we must first of all understand the cultural context within which they are expressed. Certainly we cannot 'interpret' a dream without some preliminary grasp of indigenous notions of psychology, cosmology, and epistemology. Readers are therefore introduced to everything from classical notions of the self through the modern schools of rationalism and psychoanalysis. This book brilliantly shows the vast shifts in Western presuppositions regarding dreams. Parman's insistence on an anthropological approach to dreams constitutes a healthy antidote to the anachronistic tendency to foist the epistemology of contemporary psychoanalysis back onto earlier periods.

--C. Stewart, Choice (1991), review of Dream and Culture: An Anthropological Analysis of the Western Intellectual Tradition 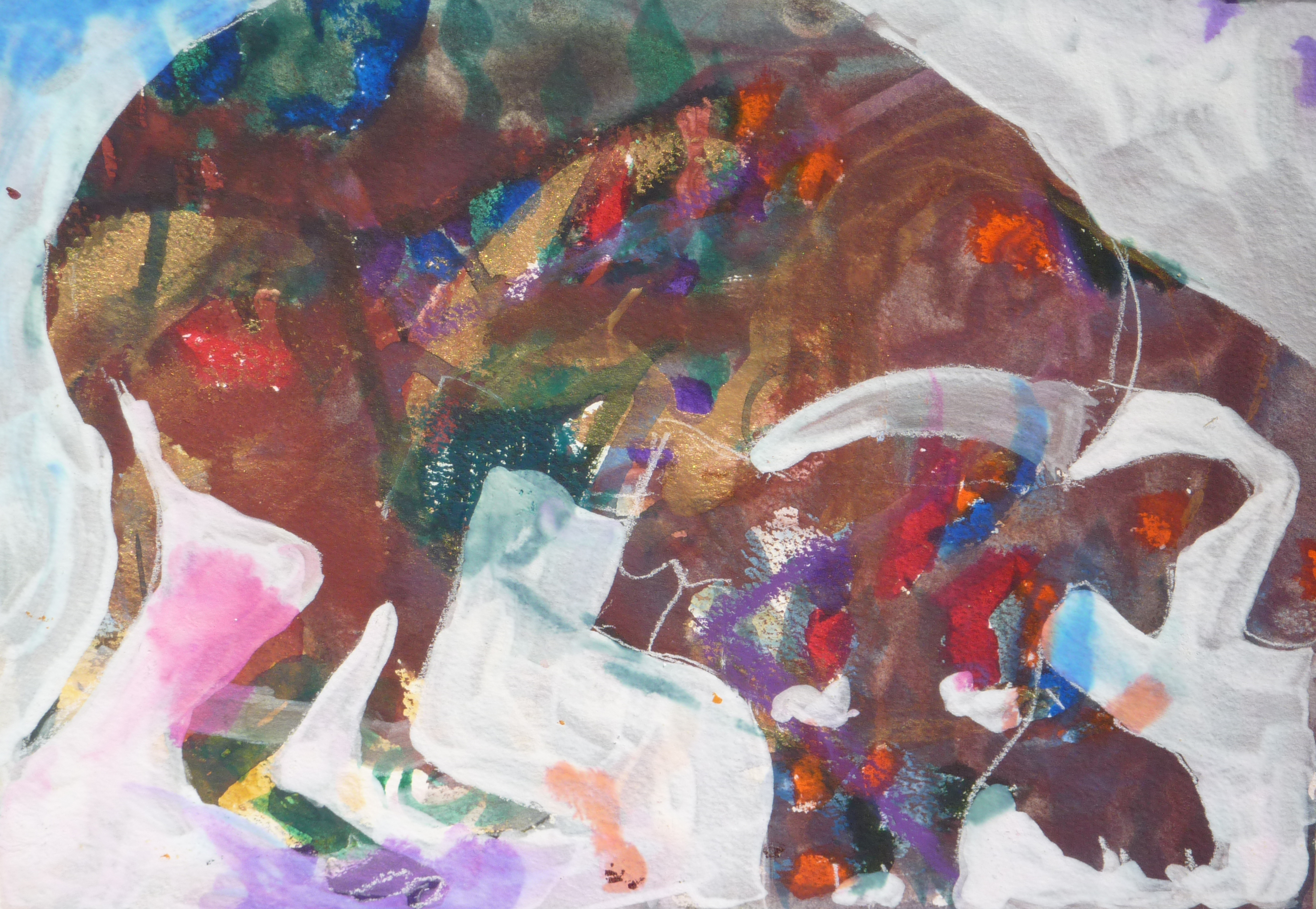 Art is accident, angle, an inward
explosion like a lightbulb, a forward
impulse, a meeting
of your own mind, suddenly,
as if you'd met a stranger,
a body naked seen from behind—
a fresh view, a new knowing,
an idea on its way to becoming
itself, only more intensely,
more fraut with the inwardly.

Art is the making of a riddle from a solution,
like a ball turned constantly in the hand
as if each turn brought to view a new land, a key
to the cabinet of curiosity
in which reside the bits and pieces of the self--
those jeweled splinters encased in the pitch of a chaotic sea,
all shimmer and float.  Art coats
a bird with incandescent plumage,
digs gold in the cloister with koi, and even
in the shadowy soil of dishwater shows us Eden.

An academic and literary life 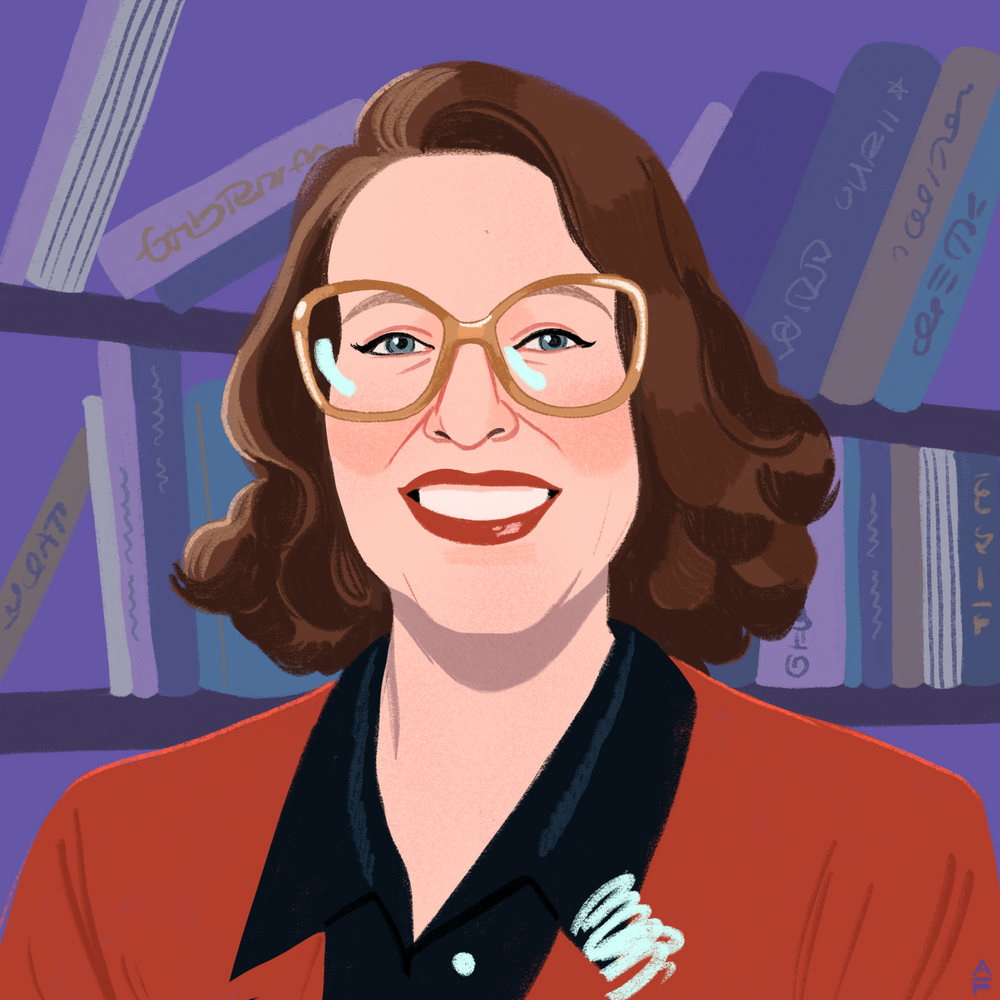 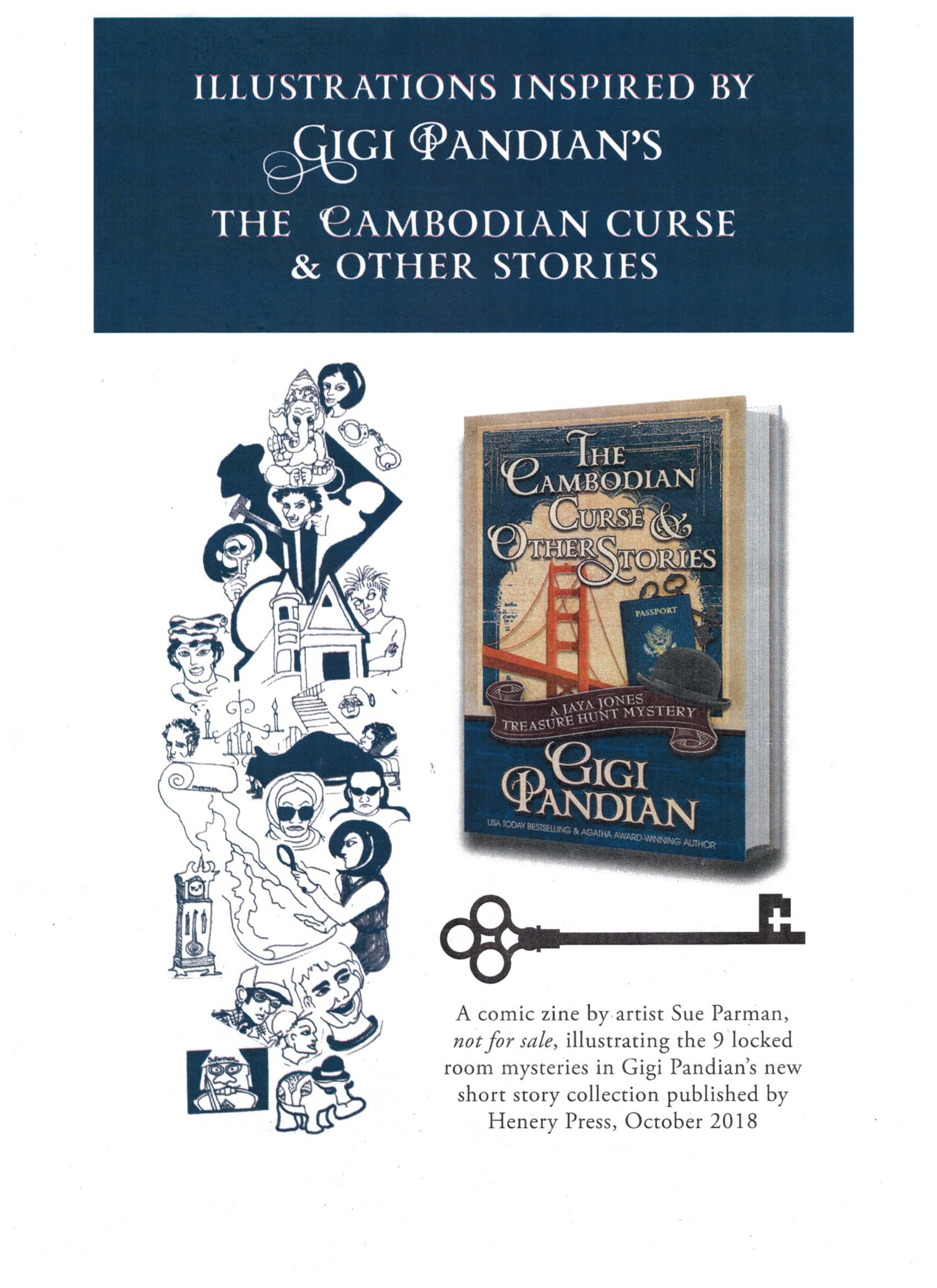